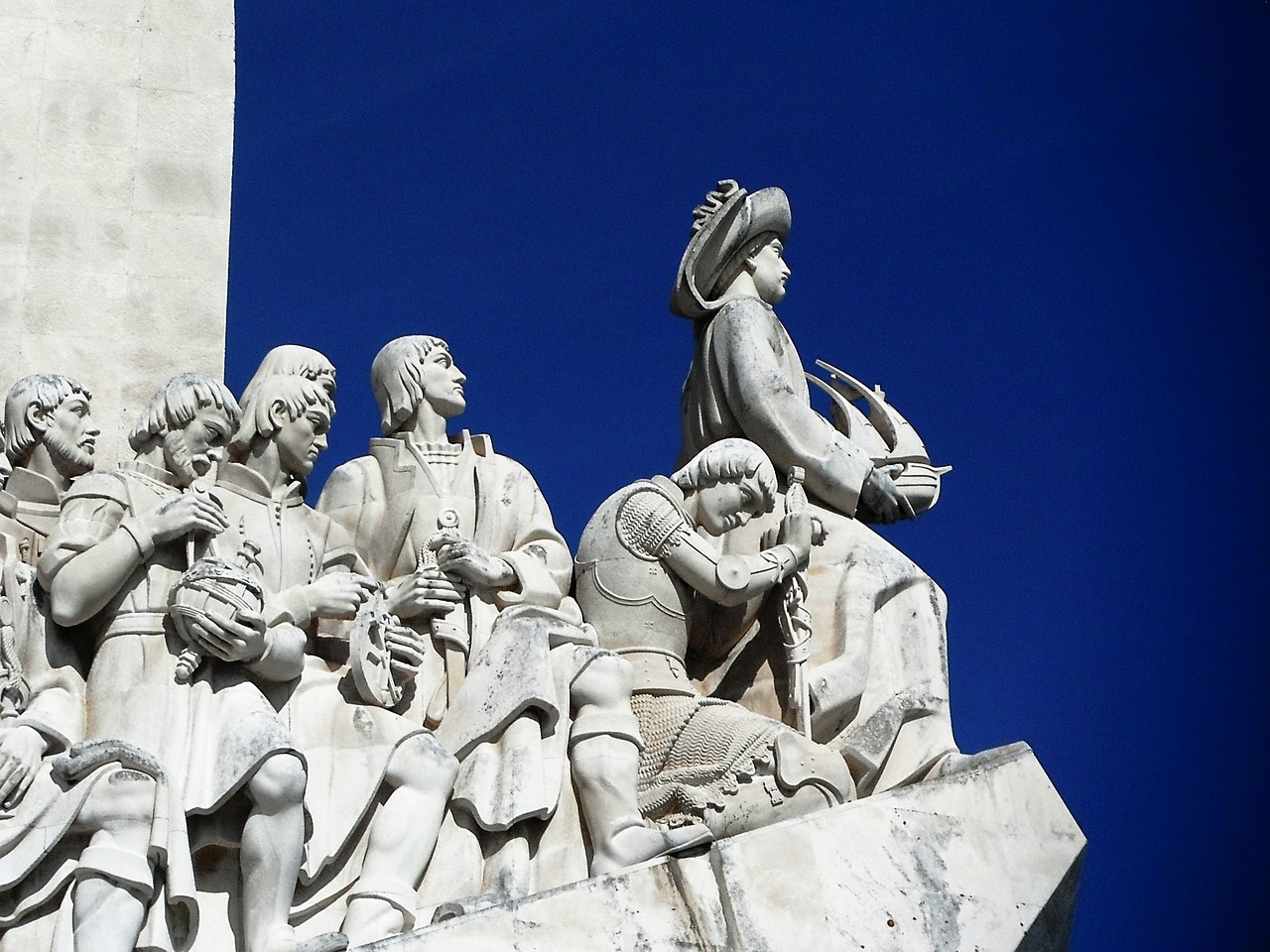 Lisbon may be unique in that it is a modern city with the highest castle-to-square kilometer ratio around. This is because it is one of the oldest cities in the world, and the oldest in Western Europe, predating other modern European capitals such as London, Paris and Rome by centuries.

Most of the Portuguese expeditions of the Age of Discovery left from Lisbon during the 15th to 17th centuries, including Vasco da Gama's expedition to India in 1497. The 16th century was Lisbon's golden era: the city was the European hub of commerce between Africa, India, the Far East and later, Brazil, and acquired great riches by exploiting the trade in spices, slaves, sugar, textiles and other goods.

Spices were more a necessity than a luxury to the Europeans. During the winter, they had to eat meat from animals that had been slaughtered in the fall. Much of this meat was spoiled by the time it was consumed, and spices, especially pepper, could disguise the taste and smell. Prices in Europe for these goods were high, and profits were good.

For many centuries there had been three main trade routes from the east to the Mediterranean and Europe -- a long overland journey from China across Central Asia to the Black Sea, by ship from India to the Persian Gulf, and then overland over Baghdad or Damascus to Mediterranean ports. Once goods reached these ports, they were then monopolized by the northern Italian city-states, especially Venice or Genoa, which distributed the products throughout Europe.

The Portuguese hoped they could find their own route to the Indies and break the Venetian stranglehold. But it wasn’t easy to send ships around Africa. Many uneducated sailors believed there were sea monsters, huge whirlpools, a searing sun and boiling waters that killed anyone who came close.

In 1487 Bartholomeu Dias sailed from Lisbon with two caravels and a supply ship, and became the first to round the African continent. He sailed on for a few days, but fearful of running out of food and exhausted by the freezing weather, he turned back.

The Portuguese king then chose Vasco da Gama to lead the first Portuguese expedition around Africa to India. Da Gama's fleet of four vessels set sail on July 7, 1497. One of the ships carried supplies for three years, and the crews consisted of 168 men, including convicts assigned to especially dangerous work.

Da Gama reached Calicut on May 14, 1498, and spices were taken on board. As disease and accidents began to take a toll on his men, Da Gama set sail for Portugal . When he reached Lisbon he had been underway for two years and two months. Of the 168 men who had begun the voyage, 44 returned.

Despite this loss, Da Gama was finally able to do what others had tried before -- reach India by sea and join the Old World to the even older civilizations of Asia. This historic voyage drastically changed Europe and the course of world history.

The Portuguese king, Manuel I, proclaimed Da Gama's discoveries throughout Europe. Lisbon's harbor became one of the busiest in Europe during his reign. There were also great achievements in architecture. A new style emerged, named after the king - Manueline Architecture. This is seen today in Lisbon's Jeronimos Monastery and Belem tower, in Batalha's monastery, and in many churches around the country.

Portuguese captains soon became the best in Europe, sailing the most maneuverable ships and applying the latest innovations in the fields of navigation and cartography. Portuguese maps of the fifteenth and sixteenth centuries were the best in Europe, and foreign spies in Lisbon often attempted to buy or steal them. As a result, the Portuguese had to safeguard their maps by giving them the status of state secrets.

Although Portugal's monopoly came to an end in the seventeenth century, Portugal still had a foothold in India until the 1960s and in Africa until the 1970s. The first European empire lived to be the last, and Portugal will forever be known as the Land of Discovery.

Of Kings, Saints and Fishermen